The Guidance & Knowledge You Need

Fighting On Your Side

First things first: Marijuana is illegal under federal law. Although the Rohrabacher-Blumenauer 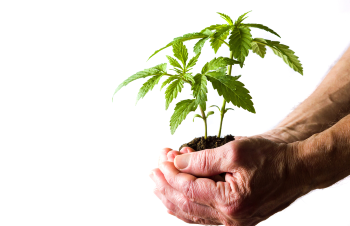 amendment restricts the federal Department of Justice from prosecuting marijuana providers who are in compliance with state medical marijuana laws (it does not apply to recreational, or “adult use” marijuana), until marijuana is removed from the Schedule I list of substance under the Controlled Substances Act, there will be an inherent risk to all who operate in this industry. The key is to reduce the risk by complying with Montana law. If you can avoid litigation, all the better for you. I often tell my clients that it does not matter if they are proven right through litigating an issue if the legal fees bankrupt them in the process.

There is a great deal of uncertainty in the marijuana business in Montana at the present time. Adult Use marijuana is on the ballot and may well pass this time. However, this blog post focuses on medical marijuana since that is the only thing Montana law allows at this time.

At the same time as Montana is loosening the law on medical marijuana (at least with respect to the Montana Marijuana Act of 2011), the federal government seems to be tightening its enforcement of the law. In early 2017, former Attorney General Jeff Sessions rescinded the Obama-era Cole Memo and instructed the U.S. Attorneys to pursue marijuana-related crimes with more vigor. Kurt Alme, U.S. Attorney for the District of Montana, issued a vague statement mirroring Sessions’ language. It is unclear how aggressively he will seek to enforce federal law, but at this time, he seems content to allow the Montana Department of Public Health and Human Services to regulate the industry.

On the positive side, the Blumenauer Amendment has been part of the federal appropriations laws since it was first passed in 2014 as the Rohrabacher-Farr Amendment. The Amendment forbids the U.S. Department of Justice from expending any funds for the prosecution of persons who comply with state medical marijuana laws. The United States Court of Appeals for the 9th Circuit interpreted the language of the Amendment in the United States v. McIntosh, et al.. Parsing the words of the Amendment closely, the Court determined:

In other words, one must be in strict compliance with state law or risk federal prosecution. The 9th Circuit just affirmed an injunction against the Department of Justice in the United States v. Pisarski in July 2020, so the Amendment is working for providers as it was intended. But this only applies to medical marijuana, and being out of compliance in any manner prevents a provider from taking advantage of the Amendment.

With respect to state consequences of non-compliance, providers must understand that the DPHHS is required to inspect each registered premises at least once per year. That usually comes at the time of renewal for the license, but they do unannounced inspections as well. Upon inspection, the provider will get an inspection report listing all the areas of non-compliance and be informed that it has a certain time period, no less than 30 days in most circumstances, to fix the problem areas. If the provider fails to correct the problem(s), the DPHHS may start revocation proceedings. Providers must keep in mind that disputes with the DPHHS must be brought as a contested administrative hearing under the Montana Administrative Proceedings Act. With very few exceptions, providers do not have the right to go into court.

Complying with the Montana Medical Marijuana Act can be difficult and confusing. I can help. My goal with all my cannabis clients is to bring them into full compliance with Montana law and minimize their risk. I employ multiple strategies, including collaborating with the DPHHS where I can. I have found that it is easier to cultivate the DPHHS’s favor by working with it whenever possible. But that does not mean rolling over. I have achieved many successful outcomes for my clients by convincing the DPHHS that it should interpret the law differently.