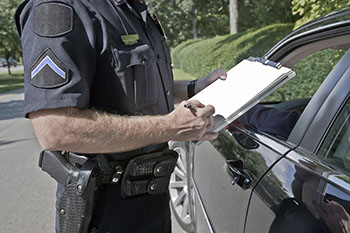 In May 2021, Montana enacted HB 701, a recreational marijuana measure aimed to head off full implementation of the voter-approved initiative I-190.

HB 701 allows the sale of recreational marijuana in those counties that approved I-190 beginning on January 1, 2022. Counties that didn’t approve I-190 will have to hold new votes to approve the sale of marijuana. Sales would be subject to a state tax of 20%, and a local tax of 3%.

Recreational marijuana users will now have freer access to their substance of choice, but at the same time, law enforcement will be looking for offenders — whether illegal dealers or simply those driving under the influence or possessing more than the legally allowable amount of marijuana in their vehicles.

If you get pulled over for possession of marijuana while working in the industry, what should you do? What are your rights?

If you do find yourself in a situation in which you or one of your employees has been taken in for a DUI or possession charges, even if you’re a legal provider, contact me immediately at the Young Law Office PLLC.

I proudly serve clients in Bozeman, Montana, and in the cities of Helena, Butte, Great Falls, Missoula, or Billings. I have been working with and representing medical marijuana dispensaries and know all the laws regarding recreational marijuana as well. I am ready to fully represent you and your rights.

You need to remember, however, that recreational possession is limited to one ounce per person. Possessing between one and two ounces is a civil infraction resulting in fines of up to $300. More than two ounces can result in a felony for a second offense. If the marijuana found in your vehicle is intended for illegal sale or delivery, that too can result in a felony with a sentence of one year to life in prison, along with fines.

Marijuana license holders and their employees will be presumed to be in compliance with Montana law as long as their licenses and employee badges are prominently displayed and METRC (Marijuana Enforcement Tracking Reporting & Compliance) manifests are available for inspection.

Marijuana DUI and Its Consequences

A DUI in Montana can be based on alcohol consumption, generally tested by a breathalyzer, or by drug content found in the blood. There is no roadside test yet approved for marijuana usage, so you will be taken in for a blood test. If it is found that you have at least 5ng/ml of THC in your blood, you can be charged with a DUI.

Under the implied consent provision of obtaining a driver’s license in Montana, you cannot refuse any type of test. If you refuse the test, you will face a suspension of your driver’s license for six months with no allowance for a provisional work permit. A second offense results in a one-year suspension. Your refusal will also result in the rebuttable inference that you were indeed under the influence, and you can be charged with a DUI regardless of the lack of a test. The Marijuana Regulation and Taxation Act requires the license holder to notify the Department of Revenue if an employee is charged with a DUI. Although the law does not revoke an employee badge for a DUI, reporting it to the regulating agency can never be a good thing.

If you are found to be carrying marijuana, marijuana products, or marijuana paraphernalia in your vehicle for the purpose of delivering or selling it illegally, the Montana Highway Patrol is very aggressive. They can seize your products, property, and cash and put them into forfeiture proceedings.

If you are an employee of a marijuana licensee transporting the substance legally, you must display your employee badge and show the METRC manifests indicating where the marijuana came from, is going, and how much there is.

You must remember that you have a 5th Amendment privilege not to be a witness against yourself. USE IT. Politely tell the officer that you are not discussing your day or travel plans. Do not answer questions. Do not consent to a search. Ask, “Am I being detained?” and “Am I free to go?” If you are with a passenger, both of you should stick to this plan. The police are looking for any hook to bring out their drug dog, so don’t give them one.

The officer who pulls you over is also bound by the Constitution’s prohibition against unreasonable searches and seizures. In 2016, a driver in Nebraska was pulled over for driving on the shoulder of a highway. The officer asked the driver for permission to have his K-9 circle the vehicle, and the driver refused. The officer then called in another officer, which took an additional eight or nine minutes, and then conducted the K-9 search. Methamphetamine was detected.

The case of Rodriguez v. United States ended up in the U.S. Supreme Court, which held that: “Absent reasonable suspicion, police extension of a traffic stop in order to conduct a dog sniff violates the Constitution’s shield against unreasonable seizures.”

A traffic stop should consist of verifying the driver’s license and registration information, running a background check on the vehicle and driver, and issuing a warning or ticket unless there is a “reasonable suspicion” of a crime.

Remember this if you’re pulled over. In all circumstances that result in you or one of your employees ending up at the station for questioning, testing, or charging, you need to contact me immediately.

We’re all entering somewhat uncharted waters in 2022 when half the counties in Montana will be open to recreational marijuana purchase and use, while the other half will not unless they get voter approval. HB 701 does not allow for the establishment of new dispensaries for the first 18 months, until the middle of 2023. Opponents of HB 701 worry that this gap will embolden the black market. All laws, it seems, can have unintended consequences.

In the meantime, driving on Montana highways under the influence or in possession of marijuana or its products or paraphernalia can land you in legal hot water unless you observe the guidelines and guidance that I gave you earlier.

If you are facing legal issues regarding either marijuana possession, sale, distribution or delivery, or driving under the influence, contact me immediately. My practice is centered in Bozeman, but I serve clients from around the state. I will represent you with years of knowledge and experience regarding marijuana laws in Montana and with a passion to protect your rights.